This blog contains the History of The Willard Asylum for the Insane (Willard State Hospital), Former New York State Insane Asylums (State Hospitals), Custodial Institutions, County Poor Houses, and Mental Illness of the 19th Century. Current Information on Anonymous Graves, Historical Articles, Laws, Eugenics, Patient Names, and Helpful Links Abound! The Blog is an Extension of My Book and Was Created for Descendants of Former Patients, Genealogy Geeks, and History Buffs. Hopefully, This Blog Will Make People Aware of the Thousands of People Who Were Buried in Anonymous Graves in Former New York State Hospital & Custodial Institution Cemeteries. The Book and Blog Have Been Researched, Written, and Developed by Linda S. Stuhler.

This blog has 11 PAGE TABS (located at the top of each page), 213 POSTS and many PDF files. PLEASE CLICK ON THE RED & BLUE LINKS.

I started this blog on July 10, 2011, thinking that maybe 5 people would actually read it and find the posts interesting. I self-published The Inmates of Willard 1870 to 1900: A Genealogy Resource, on December 17, 2011, with my own money, to further the cause of restoring dignity to the forgotten people who lived and died at New York State Hospitals (Insane Asylums), who had been buried on New York State property in anonymous, unmarked cemeteries and graves for over a century. New York State Senate Bill S840A-2015 became a law on August 18, 2016, but it did not include provisions for a searchable online database available to the public as New York State lawmakers and the Office of Mental Health believed that if they did so, they would be sued. I believe that the New York State Office of Mental Health did not want to disclose the names of deceased patients because the burial ledgers may have been stolen, carelessly lost or destroyed. They would also have to explain why these cemeteries had never been marked in over 150 years, why they fell into such a state of neglect and disrepair in the first place, and why Kings Park State Hospital Cemetery is being used as a youth baseball field. The following states took a different approach and put searchable databases on the internet available to the public: Kansas; Minnesota; Nebraska; Ohio; Texas; Maryland; Florida; Washington; and even Binghamton State Hospital of New York.

Monument For The Forgotten-Museum of disABILITY History, Buffalo, NY.

The reason why New York State Hospitals / Insane Asylums, Feeble-Minded and Epileptic Custodial Institutions are so important to the world is because there were 26 of them, possibly more. These institutions housed many newly arrived immigrants during the mid 19th and early 20th centuries from all over the world, especially Western Europe. I’m sure that there are plenty of people who would like to know the final resting place of their long, lost ancestor. It just doesn’t seem fair to me that this one stigmatized group of people are being denied the one and only thing that we really have to be remembered by; our name. Even though I initiated the original bill in August 2011 and it was introduced to the New York State Senate by Senator Joseph E. Robach in March 2012, I didn’t write it. This is the bill that I would have written:

“This bill is important and necessary in order to restore the dignity and personhood of the thousands of people who were incarcerated and died at former New York State Insane Asylums, (later renamed State Hospitals), Feeble-Minded and Epileptic Custodial Institutions. When the bodies of the inmates were not claimed by family members, they were buried in anonymous, unmarked graves, or, their bodies and brains were given to medical colleges for research. These forgotten souls deserve to have their names remembered and available to the public by means of a searchable internet database. Some of these deceased patients were undoubtedly United States Veterans who served during the Civil War, WWI, WWII, Korea, and Viet Nam, who suffered from PTSD and Shell Shock. Their graves deserve to be marked with the American Flag and honored like any other veteran’s grave.

There is no good reason why these long deceased souls need to be punished and stigmatized in death for an illness or intellectual disability that they lived with in life. The great majority of these former state hospitals closed in favor of smaller group home settings or changed their names to Psychiatric Centers in the early 1970s. This in turn led to many patients being thrown onto the streets to live in cardboard boxes, or thrown into jail with no psychiatric services, just as they did 150 years ago. I do not understand why anyone would need to have their name withheld from any cemetery list until 50 years had passed after their death. This requirement in the bill only serves to feed the stigma.” 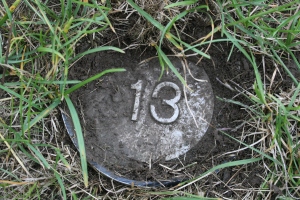 I had three objectives for writing the book: to make the names of the Inmates Of The Willard Asylum For The Insane (Willard State Hospital) from the U.S. Federal Censuses available to people who are searching for an ancestor; to share the old documents that I have collected and transcribed; and to make people aware of the thousands of patients who are buried in anonymous, unmarked graves. It is my hope that the names; dates of birth and death; and location of graves, of ALL former patients who lived and died in New York State Hospitals (Insane Asylums) and Custodial Institutions are released to the public so that these forgotten ancestors can be honored and remembered with dignity.

Although this book deals with the specifics of Willard and its inmates; the laws, rules, and regulations applied to all county poor houses, city alms houses, and public and private insane asylums in the State of New York during the nineteenth century. It outlines the struggle between the county poor house system of caring for the insane and the eventual takeover by the state hospital system. The history of the treatment of people who were labeled as insane belongs to us all and should not be shrouded in secrecy. The names of the former Inmates of Willard can be found on the internet from such sources as the U.S. Federal Censuses, genealogy websites, historical documents, and books; everywhere except where they should be, on headstones in New York State Hospital cemeteries.

My personal interpretations and transcriptions of the names from U.S. Federal Censuses for the years 1870, 1880, 1900, and 1920, including the Defective, Dependent, and Delinquent Census of 1880, are disseminated onto 199 pages located on this blog under the “Names” tab. Unfortunately, the spreadsheets did not fit into the book. The censuses do not include every person who ever walked through the doors nor do they reveal who died there. 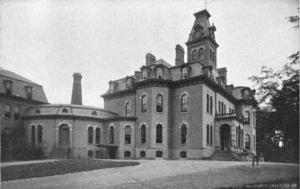 Willard and many other former New York State Hospitals still have patient medical records and photographs dating back to 1869.  New HIPAA Legislation allows for the release of these historical medical records, and names, fifty years after the patient’s death but the State of New York and the Office of Mental Health chooses to totally disregard federal law. 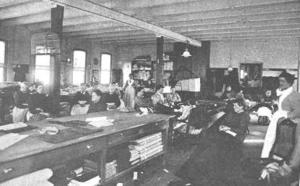 Patients At Work In The Sewing Room

How To Receive Information On Your Ancestor
Form OMH 11 is what you need to obtain your ancestor’s medical record. You also need the cooperation of your family physician to fill out the paperwork. Descendants have no right to this information unless their primary care physician needs the health records to diagnose or treat a condition. The response to this inquiry will be sent to your physician’s office, not to your home. Please call the Greater Binghamton Health Center and talk with them directly with your questions. GOOD LUCK!
This form is available at:
New York State Office of Mental Health.
http://www.omh.ny.gov/omhweb/forms/omh11.pdf.

For Willard State Hospital Inquires Mail or Fax the completed form to: