CLICK HERE TO VIEW THE VIDEO They’re Buried Where? by Seth Voorhees.

May 14, 2011: The conditions that exist at the Willard State Hospital Cemetery are disgraceful. There needs to be a dignified, cemetery appropriate sign at the entrance of the cemetery; a drive way; a designated parking lot; roads within the cemetery; clear signs dividing the cemetery into groups: Catholic, Protestant, Jew, Veteran; and signs designating the section and lot numbers. This cemetery should be well maintained and treated with respect like any other cemetery as a place where descendants and friends gather to pay respects, lay flowers, or meditate in silence. 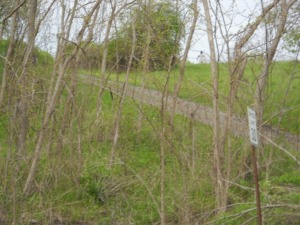 I read about the Willard Cemetery in Ms. Penney’s book but I was not prepared for what I saw when I visited the cemetery in May 2011. No sign, no roads, no headstones except for the Civil War veterans off in one corner who have headstones provided by the U.S. government inscribed clearly with the deceased’s name. To stand in an open field with grass and weeds up to my knees knowing that this is the final resting place of 5,776 people made me sick. It was disgraceful. I have never seen anything like it before and it disturbs me that this cemetery is not the exception but the rule. Originally, patients were buried anonymously with numbered metal markers. At some point during the 1980s or 1990s, most of the upright metal markers were replaced with flat aluminum markers or disks that were sunk in concrete poured into PVC pipe to make it easier to mow the vast cemetery lawn. The New York State Office of Mental Health has classified the burial ledger of the Willard State Hospital as a medical record thus denying access to the people of the state. The names of the deceased and the location of their graves must be made available to the public in order that they may find their ancestor, visit the grave, and purchase a headstone if they wish to do so. Withholding their names is unacceptable, dehumanizing, and insulting; it only serves to feed the stigma associated with mental illness. Many of these former patients died over one hundred years ago; they are not under the care of the Office of Mental Health or any government agency. It is important and necessary to pass a law that allows the release of the names of these people in order to restore their dignity and personhood. Not to do so is unconscionable. The people of the State of New York have a right to know where their ancestors are buried and the patients who were buried so long ago need to be remembered. 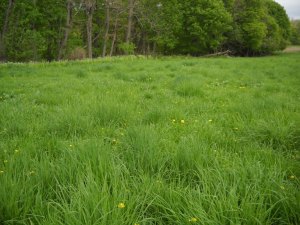 I received an email dated February 23, 2012, from Antonio Milillo, Senior Attorney, NYS Department of State, Office of Counsel, who stated: “the Department of State, has no jurisdiction over this matter. We do have a Division of Cemeteries but it oversees cemeteries organized under the Not-For-Profit Corporation Law. The cemetery at Willard was never under the jurisdiction of the Division of Cemeteries.” At this point I don’t know what agency is responsible for the upkeep of the Willard State Hospital Cemetery or any of the other former New York State Hospital cemeteries. 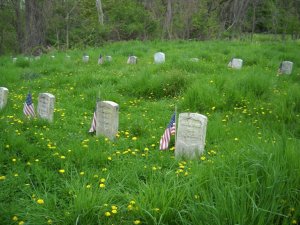 45 thoughts on “The Anonymous Burial Ground”