Hello Friends! My last blog post on October 12, 2016, was entitled, “Good Bye!”  There are a few reasons why I have not written any posts. First of all, I had written over 200 factual articles which required countless hours of research. At this time in my life, I am not willing, nor am I able, to devote that much time sitting in front of my computer. Secondly, the nature of this subject matter is extremely depressing and not good for my mental health. Thirdly, I was tired of banging my head against wall trying to convince the New York State Office of Mental Health to release the names of former patients in an online format, etc. If you have read past posts, I don’t need to fill you in.

A friend of mine contacted me with some very disturbing news about John Allen, Director, Office of Mental Health, Office of Consumer Affairs. Here is his mugshot from the Albany County Jail. 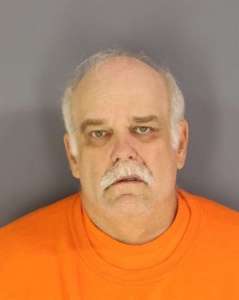 This is the man who was in charge of Consumer Affairs. This is the man that everyone had to go through to get answers. This is the man who had total control over what we could and could not learn about our family members; former patients of New York State Hospitals/Asylums, who died YEARS AGO and were buried in anonymous, unmarked graves in the state owned cemeteries of these 26 state run institutions. In my judgement, any deal that was made between the New York State Legislature and John Allen should be null and void. Hopefully, we can start over and write the bill that I wanted written in the first place but I’m not holding my breath. Two years after my last blog post I have reached 507,475 hits without any new blog posts. Read the comments! Clearly, there are people out there who are still searching for help, trying to locate any information on their long lost loved ones!