On the surface, many of the key people who were involved in the Scientific Charity Movement during the late nineteenth century appear to be caring individuals who wanted nothing more than to lift the poor out of poverty with education and employment so that they could support themselves without government assistance. These charities did not receive state aid but depended on donations mainly from wealthy Americans. There is no doubt that these societies helped the plight of poor children, many of whom were under the age of 10 and working under terrible conditions in order to help out their families. But when it came to the defective, dependent, and delinquent classes, which was the label used to describe the insane, feeble-minded, blind, crippled, maimed, deaf and dumb, epileptic, criminal types, prostitutes, drug addicts, and alcoholics, the sincerity of their intentions to purely provide care to these individuals was overshadowed by the underlying goal of Eugenics.

They didn’t want to see these poor, unfortunate souls suffering in squalor on the streets and in the poor houses but their ultimate objective of eradicating poverty and the financial drain that it caused on society resulted in the building of more asylums for the sole purpose of removing the defective classes from society so that they could not procreate. The Charity Organization Societies wanted to isolate the defective class in asylums in order to stop them from “breeding,” Alienists wanted to study and experiment on them, Medical Students wanted their dead bodies, Pathologists wanted their brains, Anthropologists wanted their bones, and the general public was just happy that someone was taking care of the problem. With the passage of the Social Security Act of 1935, the Poor Houses were abolished. Insane Asylums thrived and many remained in operation for over one hundred years. For more information, click on the RED links below. 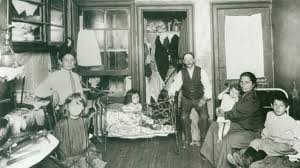 “Scientific charity built on Americans’ notion of self-reliance, limited government, and economic freedom. Proponents of scientific charity shared the poorhouse advocates’ goals of cutting relief expenses and reducing the number of able-bodied who were receiving assistance, as well as the moral reformers’ goal of uplifting people from poverty through discipline and religious education via private charity. In this model, individuals responded to charity and the government stayed out of the economic sphere. Individuals were seen as rational actors who freely made decisions based on their own self-interest and who were responsible for how they fared economically. Scientific charity fit well with the post–Civil War concept of social Darwinism, which held that humans were in competition and the strong survived and thrived while the weak did not. Not surprisingly, Charity Organization Societies were generally opposed to unions.

Two of the leading advocates for Charity Organization Societies were Josephine Lowell and S. Humphrey Gurteen. Lowell, who was from a radical abolitionist family, believed that idleness was a major cause of poverty, and she advocated giving those who requested relief a labor test (such as breaking stones or chopping wood) before they received private charity. During her life, she developed several principles to guide her social reform work. One of her key principles was that “charity must tend to develop the moral nature of those it helps.” Lowell opposed both local government relief and almsgiving (individual giving directly to the poor) since she felt this practice did not morally uplift the people and created dependency. She felt that charity agents and visitors could provide a personal relationship conducive to helping needy individuals instead of treating them as “cases.”  Lowell thought “that each case must be dealt with radically and a permanent means of helping it to be found, and that the best way to help people is to help them to help themselves.”

Gurteen provided many practical ideas to implement organized Charity Organization Societies. Gurteen’s plan was to have various groups already providing services to the poor coordinate their efforts. There would be a central office that served as a charity clearinghouse where “friendly visitors” (COS agents) involved in investigating the poor would meet to compare notes to determine who was worthy of relief and who was an imposter. This collaboration would result in a complete registry of every person in the city who was receiving public or private assistance. The goal of this organized approach was to stop providing relief to the undeserving poor but continue to provide the deserving poor with the assistance to solve their own problems. Gurteen believed that COS would end outdoor relief, stop pauperism, and reduce poverty to its lowest possible level.”  SOURCE: Excerpted from “Social Solutions to Poverty” Scott Myers-Lipton, Pages 68-69 © Paradigm Publishers 2006. 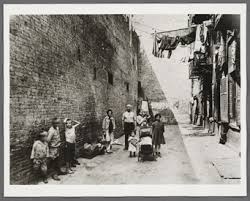 Social Darwinism: “Theory that persons, groups, and “races” are subject to the same laws of natural selection as Charles Darwin had proposed for plants and animals in nature. Social Darwinists, such as Herbert Spencer and Walter Bagehot in England and William Graham Sumner in the U.S., held that the life of humans in society was a struggle for existence ruled by “survival of the fittest,” in Spencer‘s words. Wealth was said to be a sign of natural superiority, its absence a sign of unfitness. The theory was used from the late 19th century to support laissez-faire capitalism and political conservatism. Social Darwinism declined as scientific knowledge expanded.”

“An illustration of these times and the rise of a professional beggar class was described in 1880 by Reverend Oscar C. McCulloch, Pastor of Plymouth Church, Indianapolis at the seventh annual meeting of the National Conference of Charities and Corrections. His presentation entitled “Associated Charities” detailed the need to organize charities:

“…Every worker among the poor in our cities finds himself saying, “Who is sufficient for these things?” Let him conscientiously attempt to dispense charity wisely in any one instance, and he is made sensible of the organization of pauperism, and of the complex problem of poverty; of suffering beyond his reach, and of setting tides of evil beyond his control. My own introduction to this work was in this wise: In a small room I found an old blind woman, her son, his wife and two children, his sister with one child. There was no chair, table or stool, a little ” monkey stove,” but no fire; no plates, or kettles, or knife, fork or spoon. Such utter poverty horrified me. I soon had coal, provisions and clothing there. Chance led me into the office of our township trustee, where the historical records of all applicants for public aid are registered. Here I found that I had touched one knot of a large family known as “American Gypsies.” Three generations have been, and are, receiving public aid, numbering 125 persons; 65 per cent. were illegitimate; 57 per cent of the children died before the age of five. Distinctions of relationship were ignored. In the case above cited, the child of the sister was by her own brother. Since then I have found that family underrunning our society like devil-grass. In the diagram which I hold before you, the extent of it is traced to over 400 individuals. They are found on the street begging, at the houses soliciting cold victuals. Their names appear on the criminal records of the city court, the county jail, the house of refuge, the reformatory, the State prison and the county poor asylum. I give this as an illustration of the organization of pauperism, which takes it beyond the control of the individual and of the single society, making necessary an organization of charitable forces if the evil is ever to be controlled….”

COS leaders wanted to reform charity by including a paid agent’s investigation of the case’s “worthiness” before distributing aid. They believed that unregulated and unsupervised relief caused rather than cured poverty. The paid agent, usually a male, made an investigation and carried out the decisions of the volunteer committee concerning each applicant, including maintaining records. A volunteer or “friendly visitor” was recruited to offer advice and supervise the family’s progress. COS visitors sought to uplift the family and taught the values of hard work and thrift to individuals and families. The COS set up centralized records and administrative services and emphasized objective investigations and professional training. There was a strong scientific emphasis as the COS visitors organized their activities and learned principles of practice and techniques of intervention from one another. COS views dominated private charity philosophy until the 1930s and influenced the face of social welfare as it evolved during the Progressive Era.
SOURCE: The Social Welfare History Project – Charity Organization Societies: 1877-1893 by John E. Hansan, Ph.D.

In Memoriam: Josephine Shaw Lowell, The Charity Organization Society Of The City Of New York, 1906. 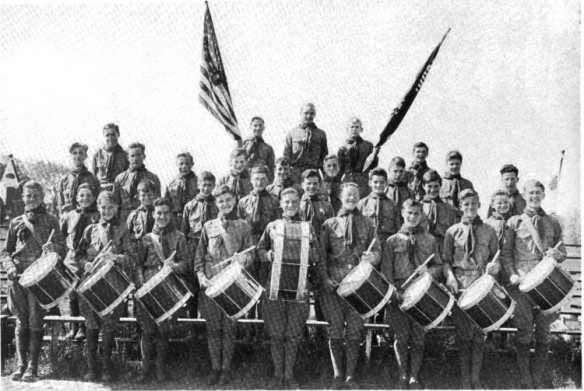 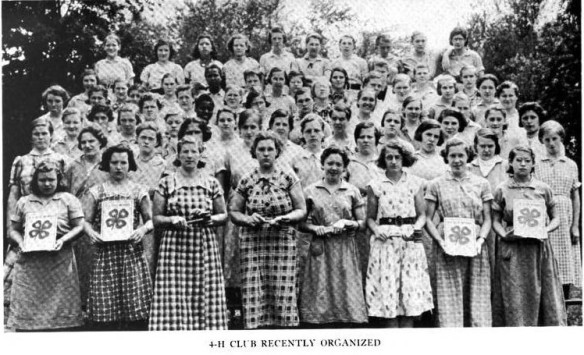 Photograph courtesy of The Museum of disABILITY History

“The New York State Custodial Asylum for Feeble-Minded Women was established in 1878 in response to an increasing awareness that almshouses were improper places for ‘feeble-minded’ women. Social reformer Josephine Shaw Lowell led the crusade, with assistance from the State Board of Charities. Lowell delivered several reports before the state legislature expressing her concern that feeble-minded women often disregarded moral and sexual restraint when placed in the undisciplined environment of an almshouse and frequently had illegitimate children who, in turn, became dependent on the state for their welfare. Women of child-bearing age, fifteen to forty-five, were admitted into this institution, in order to “prevent them from multiplying their kind.” (New York State Board of Charities Report, 1879).

CLICK HERE TO VIEW THE VIDEO They’re Buried Where? by Seth Voorhees