Yesterday, I visited The Museum of disABILITY History, located at 3826 Main Street, Buffalo, New York. I finally got to meet David Mack-Hardiman, Director of Training, People Inc., who gave me a tour of the museum, and Douglas V. Farley, Museum Director. I was very impressed with all the displays! This museum has so much to offer including Educational Resources, Activities, Traveling Exhibits, Cafe, and Museum Store. Please visit the museum if you have the chance! 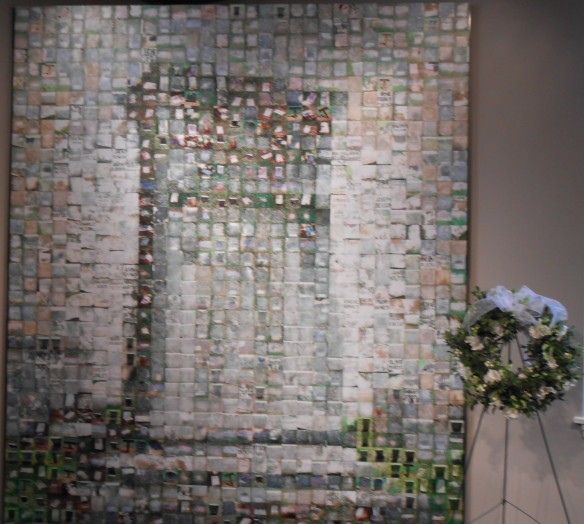 Monument For The Forgotten

My favorite exhibit, “The Monument For The Forgotten” was the vision of David Mack-Hardiman, created by Brian Nesline, Faces of Buffalo, “featuring thousands of individual grave markers woven into a mosaic tapestry image of a large stone monument.” I need to acknowledge the selfless work that David and People Inc. have done over the past few years. David and his team go into these unmarked cemeteries, clear the brush away, mow the lawns, and raise and clean each marker. Some graves are flat, numbered markers while others, as in the case of a few New York State Custodial Institutions, have the names inscribed. This back-breaking work is done by volunteers! God Bless Them! 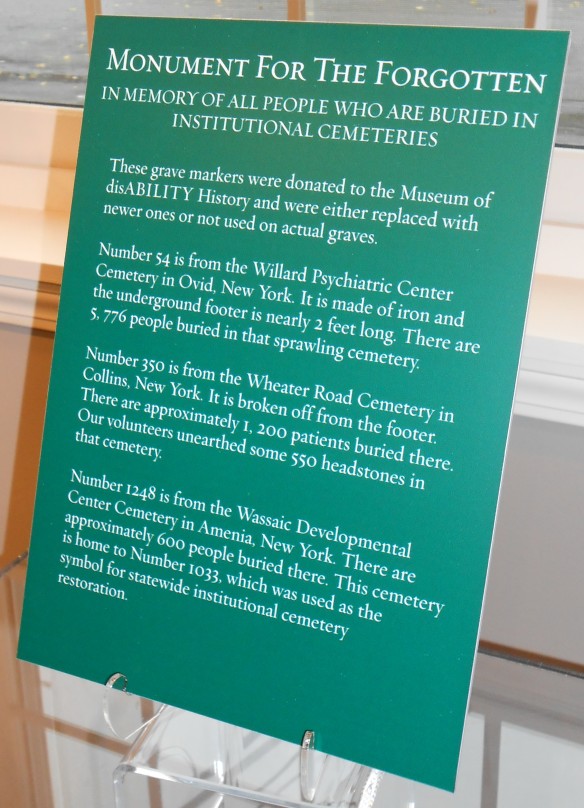 Monument For The Forgotten 2

“Mission: The Museum of disABILITY History advances the understanding, acceptance, and independence of people with disabilities. The Museum’s exhibits, collections, archives and educational programs create awareness and a platform for dialogue and discovery.

Vision: The Museum seeks with, and on behalf of, individuals with developmental and other disabilities, a higher level of societal awareness and understanding, and a change in attitudes, perceptions and actions that will result in people with disabilities having the greatest possible participation in their communities.” 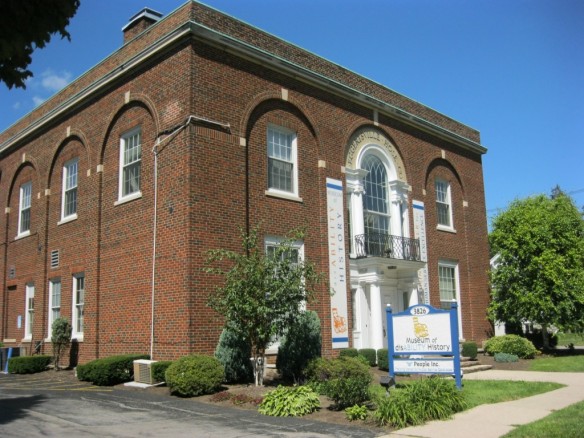 “Established in 1998 by Dr. James M. Boles, president and CEO of People Inc. (Western New York’s leading non-profit human services agency) the Museum of disABILITY History has steadily expanded over the years and, in late 2010, moved to a brand new location (pictured above). The Museum of disABILITY History is dedicated to advancing the understanding, acceptance and independence of people with disabilities. The Museum’s exhibits, collections, archives and educational programs create awareness and a platform for dialogue and discovery. The Museum of disABILITY History is a project of People Inc. and is chartered by the New York State Department of Education Board of Regents. People Inc. exists so that individuals with disabling conditions or other special needs have the supports they need to participate and succeed in an accepting society. As noted throughout the site, this project has been developed with the generous support of People Inc. and the B. Thomas Golisano Foundation. We are truly thankful for their participation in this worthwhile effort.” 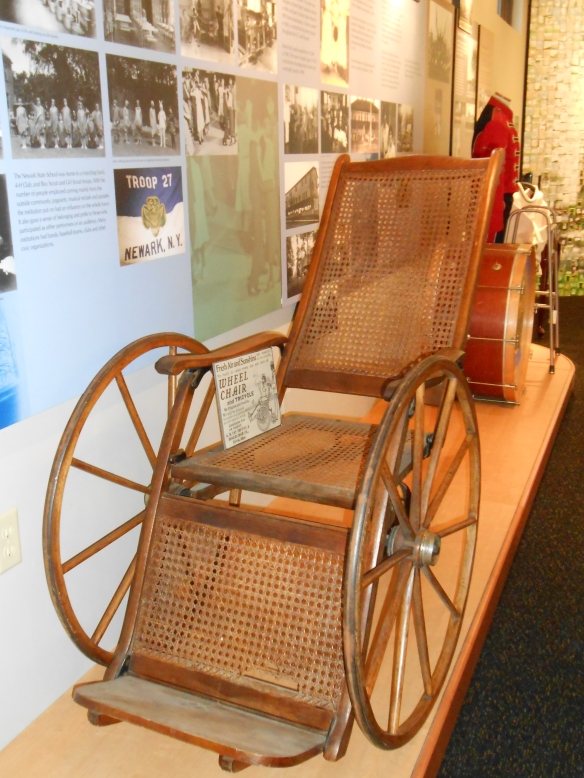 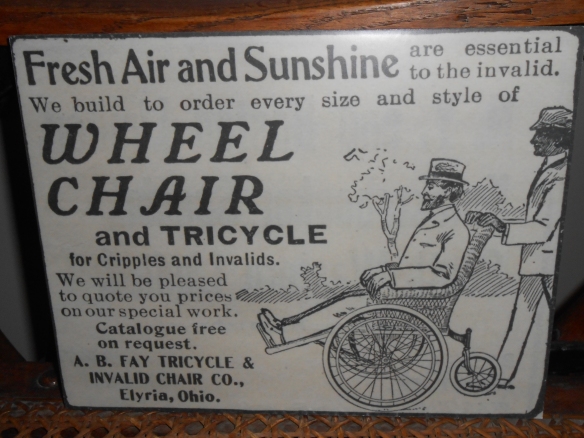 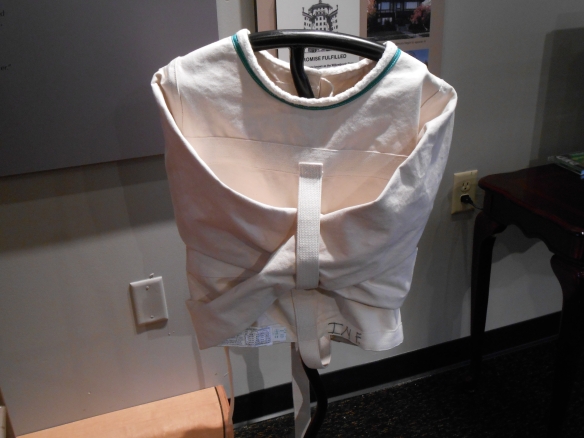 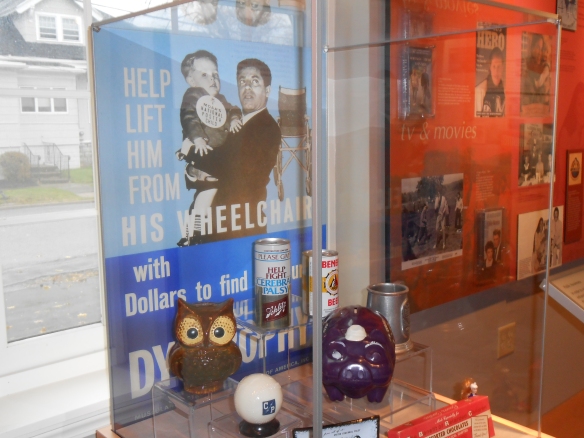 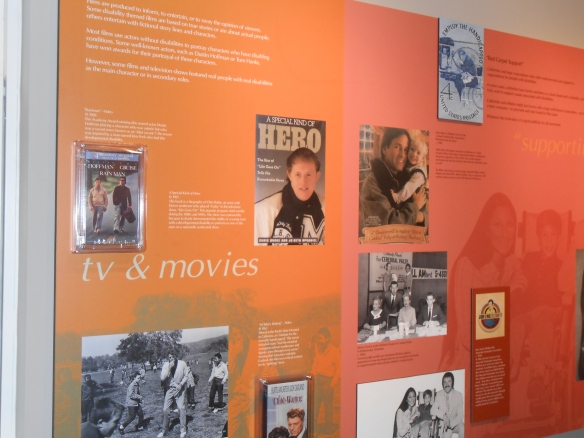 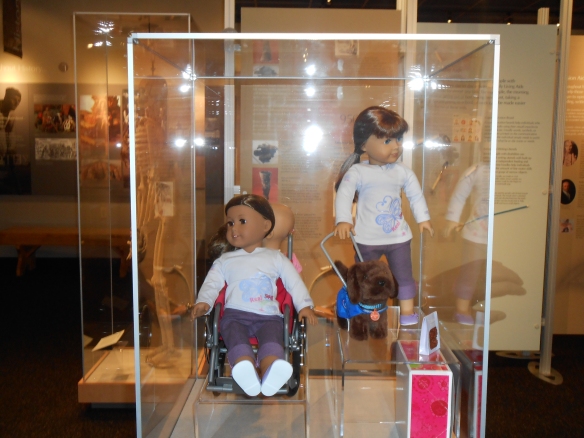 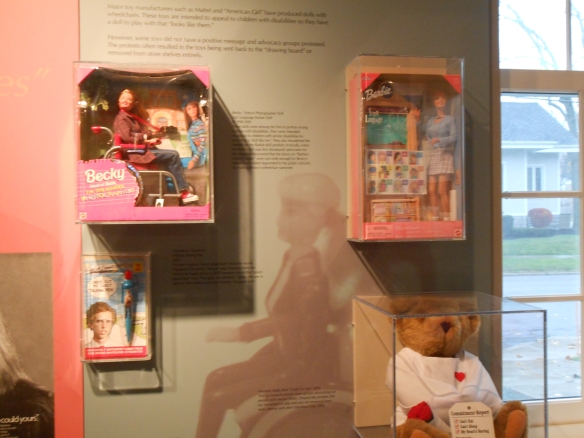 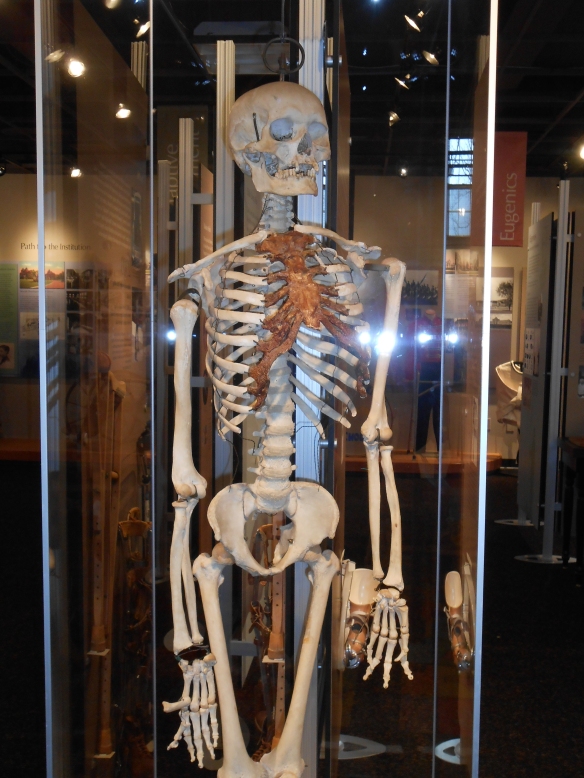 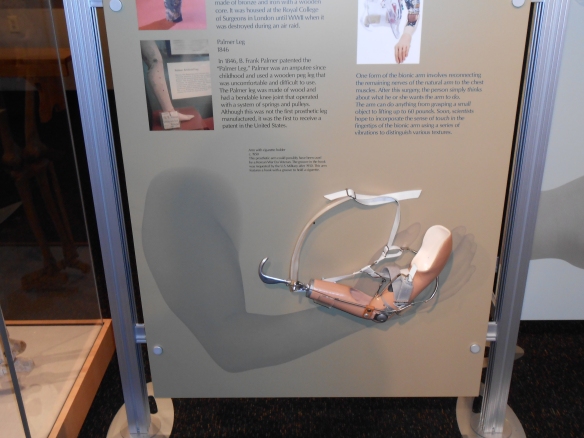 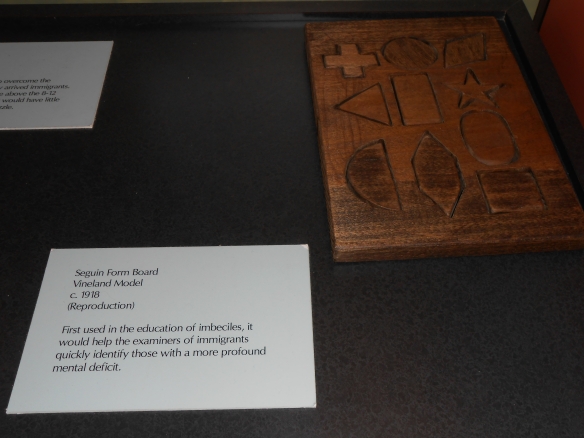 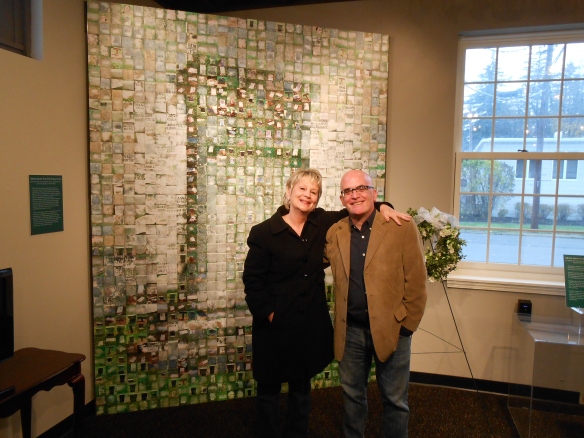 The volunteers of People Inc. and the Museum of disABILITY History will be cleaning up the Craig Colony for Epileptics Cemetery and the white marble engraved headstones this summer as part of the nationwide movement Operation Dignity to restore local institutional cemeteries. The fact that there are headstones and that they are engraved with the patients’ name is rare. The names of the 2,274 people buried in this cemetery can be found at Find A Grave. The following photographs were taken and sent to me by David Mack-Hardiman, Director of Training, People Inc. To volunteer, please contact David Mack-Hardiman at: dmack@people-inc.org.

We still need this bill to pass! Please call or write a letter to your state senator and tell them that you support this bill! S2514-2013 – NY Senate Open Legislation – Relates to patients interred at state mental health hospital cemeteries – New York State Senate. 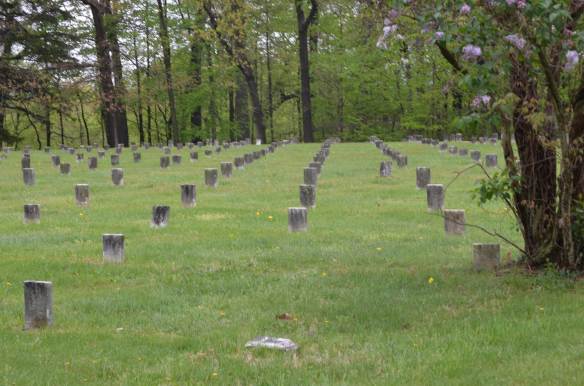 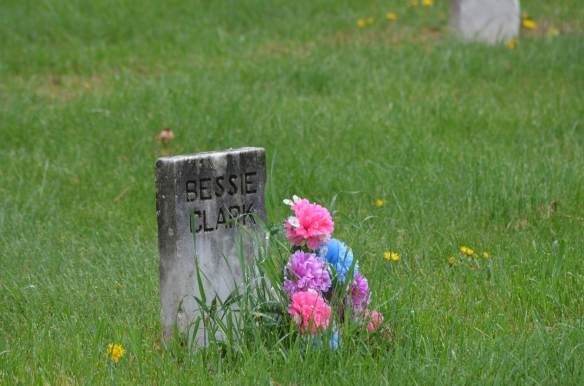 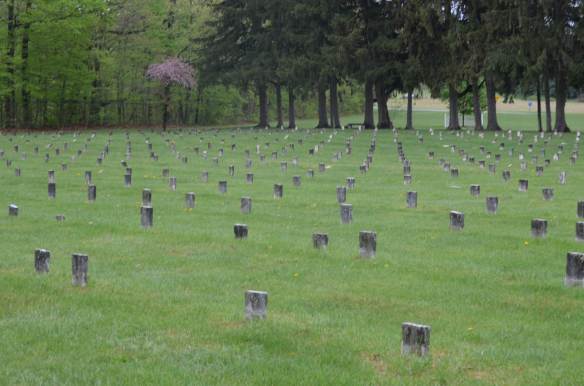 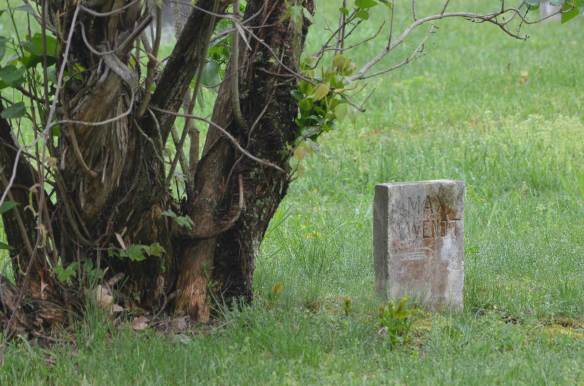 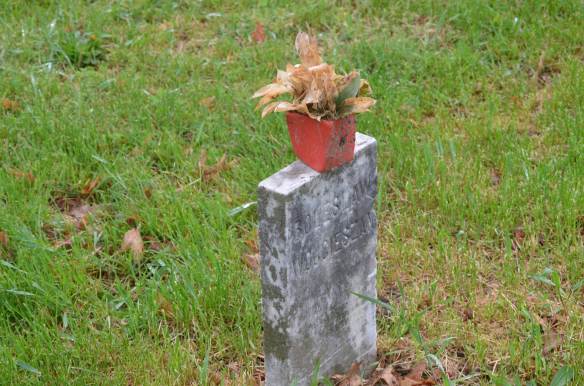 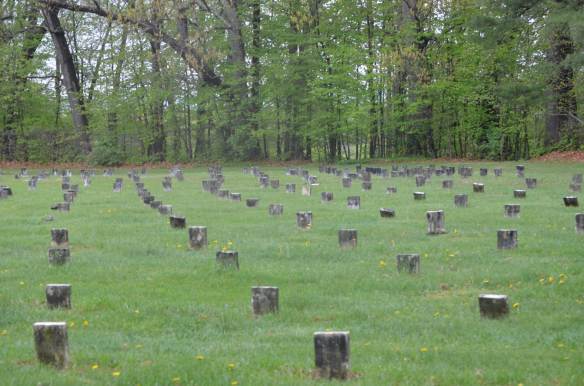 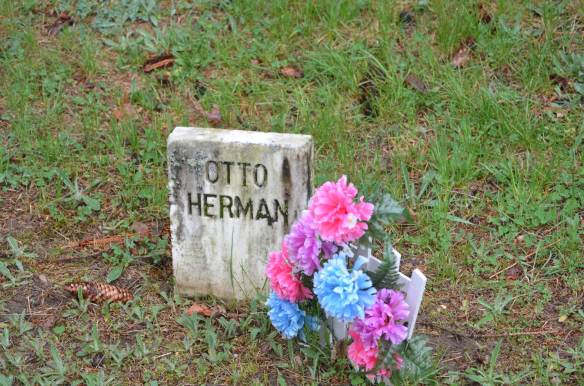 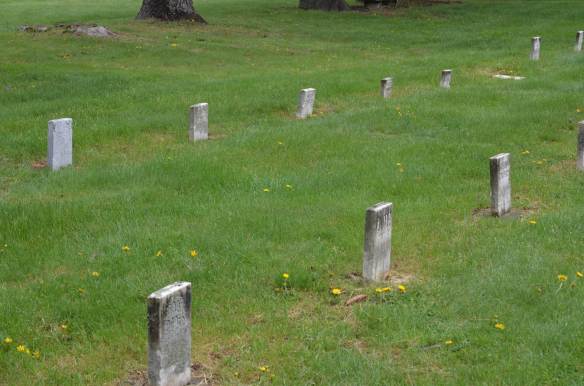 In Remembrance by David Mack-Hardiman, Director of Training, People Inc.

More than one million Americans are buried in institutional cemeteries. Many institutions which served people who had mental illness or developmental disabilities are now closed. Upon their closure, the cemeteries have been abandoned or passed on to the current owner of the property. Because the monuments were made more cheaply than traditional gravestones, time and neglect have taken their toll. Some grave markers are broken, leaning, tipped over, sunken under the ground, or tossed off into the weeds. Many of them are just numbers with no further clue as to the identity of the person. (TO VOLUNTEER, PLEASE CONTACT DAVID MACK-HARDIMAN at dmack@people-inc.org.) 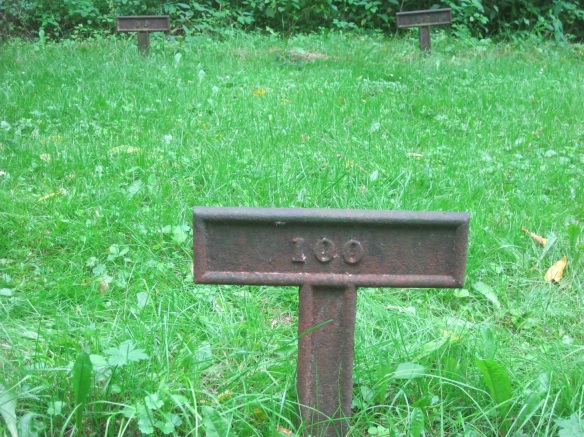 Cast Iron Monument #100 in the Wheater Road Cemetery in Gowanda

Seven years ago, People Inc. and the Museum of disABILITY History aligned with the statewide 1033 Group and the nationwide Operation Dignity movement to embark upon the restoration of some local institutional cemeteries.

In 2006, a monument was placed in the Jolls Road Cemetery in Perrysburg. On a hillside in the cemetery, the graves of nearly four hundred residents of various state institutions were discovered. Some had small headstones but for many, there is no permanent marker. Self-Advocacy groups from Western New York planned the Ceremony of Remembrance during which the monument was unveiled. 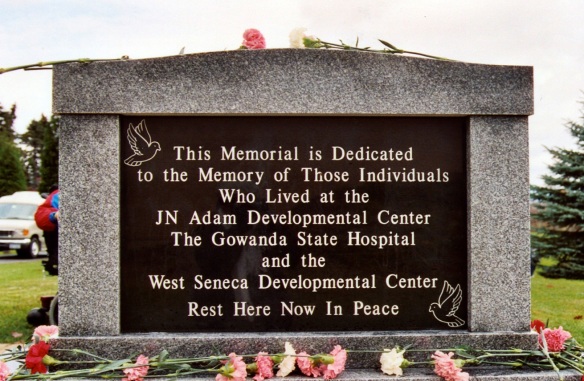 Monument in the Jolls Road Cemetery in Perrysburg

In 2007, work began at the Gowanda Psychiatric Center Cemetery on Route 62 in Gowanda. More than five hundred grave markers were photographed and documented. They were dusted, edged, and cleaned. Community businesses provided support and officials of the Collins Correctional Facility assisted the project in numerous ways. Many markers had sunken under the ground including an entire Jewish section which contained more than thirty graves marked with the Star of David. Once all stones were accounted for and placed again on the surface, a Ceremony of Remembrance was held on a warm, breezy day. Former patients and employees of the facility joined Self-Advocacy groups, State officials, numerous People Inc. volunteers and the Superintendents of the Correctional Facility for a memorable event. The names of all those buried there were given to the Museum of disABILITY History. 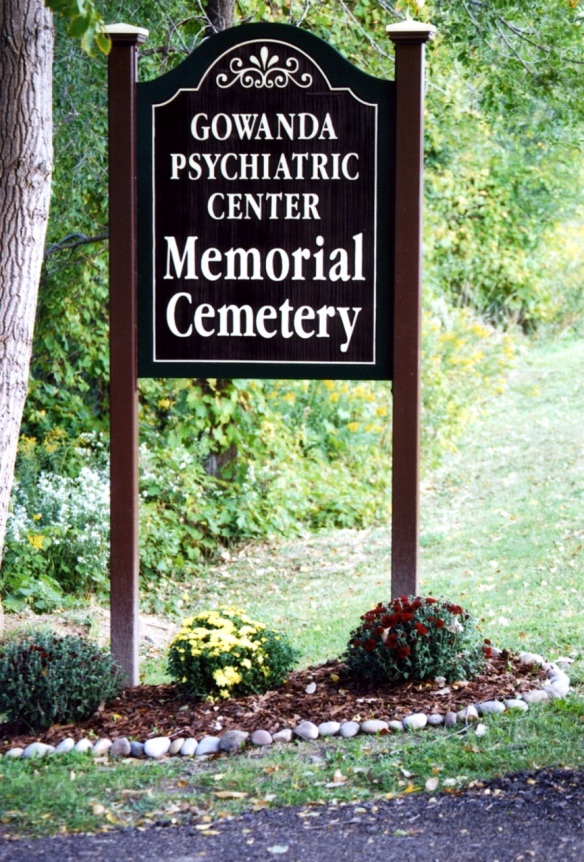 In a grassy hollow along the banks of Clear Creek in Collins, volunteers spent the next three summers restoring the Wheater Road Cemetery. More than five hundred headstones were unearthed in an area which was about the size of a football field. Taking the utmost care not to damage the long buried markers, volunteers tapped the earth until they felt resistance, carefully dug around the stones and lifted them to the surface. They were washed with water and placed back on the surface. In addition, more than five hundred other grave markers were straightened and reinforced with shims or gravel. Hundreds of red tulips were planted throughout the cemetery and a heart shaped garden was constructed. A Remembrance Ceremony was held at this location as well, including a release of doves by Self-Advocates. Media attention led some families to contact the Museum of disABILITY History, which assisted them in finding the final resting places for their ancestors. 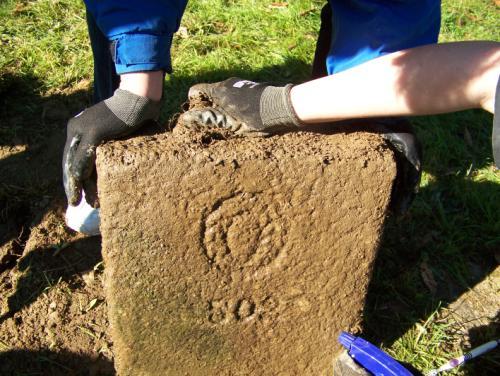 In 2012, the volunteers shifted focus to Niagara County and the site of the former Niagara County Almshouse. Virtually undisturbed for ninety-six years, this cemetery had just a few stones which appeared to be marking graves. Nature had literally taken over the site with thick overgrowth of grape vines, wild roses, Hawthorne trees, and poison ivy. Initially, it was very difficult to determine the boundaries of the cemetery. With community assistance and volunteer labor, the site gradually began to take shape. The volunteers cut back the vines, trimmed trees, weeded, and created a beautiful corner space in which a memorial bench was installed. In a beautiful ceremony, the names of many of those buried there were read, including the foundlings and those whose names were, “unknown.” After the ceremony, several family members inquired about their ancestors and have been provided information from the almshouse registers. 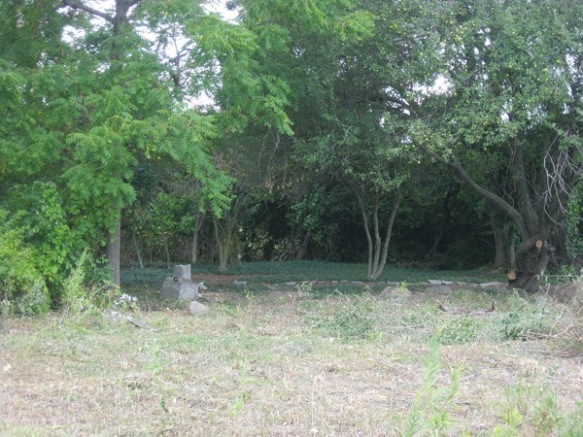 This summer, volunteers will assist with cleaning the marble headstones at Craig Colony Cemetery in Sonyea. People Inc. and the Museum of disABILITY History will join with Self-Advocates from the Finger Lakes area, town historians, and, the employees of the Groveland Correctional Facility to complete yet another, fulfilling cemetery restoration.
New York State Hospitals and Custodial Institutions & Cemetery Projects.